SEO Radio is a site I created to publish podcasts I have managed on Libsyn for aggregation to iTunes and Google Podcasts. While with David I produced and or directed and participated in literally hundreds of podcasts. We started taping the podcasts using skype and later learning production in another program that I replaced with Camtasia.

The History of SEO Dojo Radio and SEORadio.ca

In 2009 I met David Harry and he convinced me to co-found SEO Training Dojo with him. David already had an awesome group of people in the community so it was a natural place for me to settle in after forums began to shut down.

One of my tasks to in the community was to write the copy for the newsletter that included 2 or 3 videos that we had found useful or interesting. I managed the SEO Training Dojo YouTube Channel and after the format change David created and manages the SEO Dojo Channel where I still participate in the hangouts.

While with David I produced and or directed and participated in literally hundreds of podcasts. The infamous “feydakin” AKA Steve Gerencser and Justin (Just in Time) Parks joined David Harry and myself in 40-50 podcasts/videos on “the Regulators” and another  20-30 “Search Geeks Speak” a year where David and I I interviewed many of the top SEOs of the day.

After the Dojo I was doing work with SEO Pros on “The Entity Hour” where lately myself and Bill Slawski interviewed some notables doing semantic SEO. You’ll also find excerpts from “Bill and Ammon’s Bogus Hangout” where I continue to co-host with Bill Slawski and occasionally Ammon Johns joins us. 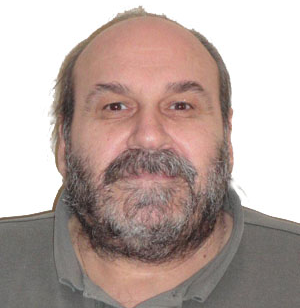